Crane Cove Park is a much-needed and recently opened park along San Francisco’s Central Waterfront. Linking the Mission Bay and Dogpatch neighborhoods, this 7-acre park transformed an inaccessible industrial shoreline into a stunning vista. When fully completed, the park will include two historic and restored cranes; a two-acre multi-purpose lawn with picnic and barbecue areas; a new beach to support water recreation; two distinct children’s play areas; a dog run; an aquatic center for boaters with restrooms and a small café.

San Francisco Parks Alliance and SF Port have partnered to engage in a fundraising campaign to complete vital components of the overall Crane Cove project that were excluded from the Port’s budget, due to the escalating costs of construction. This campaign was created to ensure that all aspects of this exciting project are brought to life, especially those elements focused on children and families.

Crane Cove is named for its two iconic cranes, affectionately named by the community Nick and Nora, which define the identity and skyline of this area. No longer in use but protected by historic designation, the Port seeks to rehabilitate the cranes as visual reminders of the area’s past. Rehabilitation will likely include addressing corrosion, broken or missing parts, and earthquake safety. 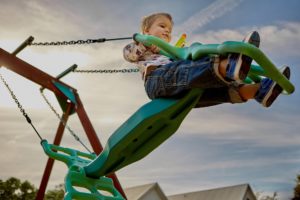 Two complimentary children’s play areas were part of the original Crane Cove Park design, but were value-engineered out of the Port’s construction of the project. SF Parks Alliance is committed to ensuring that these family-friendly elements are funded and installed. One play area will be a tot lot, with play equipment geared towards toddlers. The other play area, the Riggers Yard, will use forms and artifacts from the shipbuilding era, designed to allow creative play for both youth and adults. 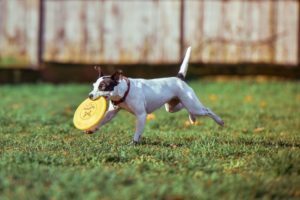 When completed, the dog run will be approximately 6,000 square feet and designed to accommodate both large and small dogs. It will be located directly adjacent and in the shadow of Nora the crane, helping control dog access to certain areas and keeping eyes on the park for increased safety.

Crane Cove Park is a flagship park for the City and region, and is located in the City’s fastest-growing neighborhood, with approximately 9,000 new housing units projected between 2016 and 2026. This park provides critically important public gathering space to serve the thousands of new families and future generations in a community that has been historically under-served by parks.

The park, long desired by both the surrounding neighborhoods and the Port of San Francisco, brings new excitement, energy, businesses and tourists to the San Francisco’s Central Waterfront. The project went through several years of planning and design review, and has received extensive community support throughout the process.

For more information on how to get involved in this exciting campaign, please contact Sonia Gonzalez Banks via email at SoniaB@sfparksalliance.org, or by phone at 415.830.5568.