In San Francisco, the Dahlia Dell in Golden Gate Park is where all of the magic happens! DSC also holds an annual Dahlia show for two days every summer, as well as two tuber sales per year and the most amazing volunteer appreciation picnic every summer.

The Dahlia Dell in Golden Gate Park is maintained by DSC members. Hands-on experience by assisting with planting, grooming, and digging out of the tubers has trained many novices in dahlia growing, and they encourage you to get involved! 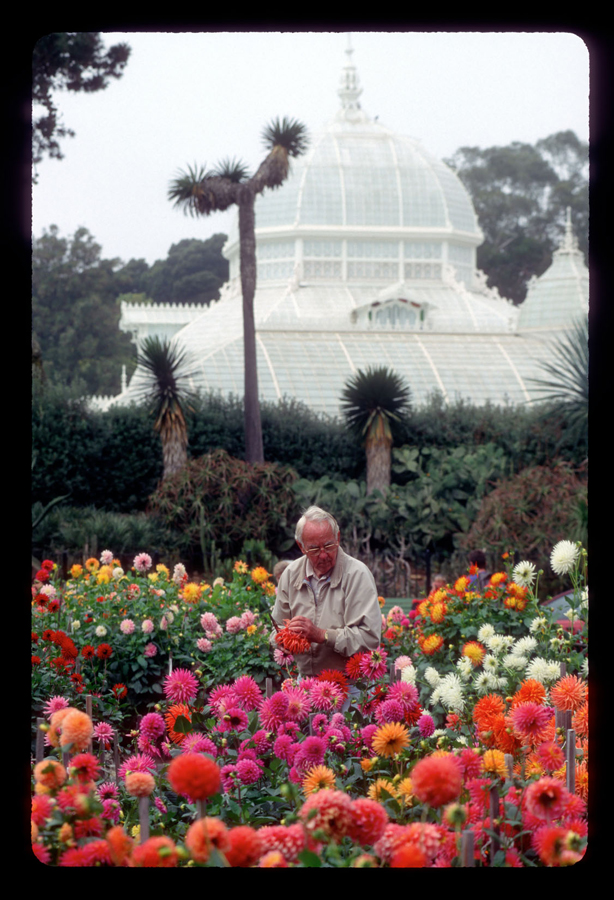 Anyone who is interested in joining the Dahlia Society of California is encouraged to fill out this Membership application form.

Members of the DSC are encouraged to attend monthly meetings, which take place every second Tuesday of the month at the Golden Gate Park, County Fair Building on the corner of 9th and Lincoln.

Check out the DSC website or Facebook page to learn more about how you can get involved!

The Dahlia Society first formed in 1917 and has been growing strong ever since! The Dahlia Dell in Golden Gate Park is incredible, and we love that anyone can join the society and become a dedicated Dahlia lover.