San Francisco’s Sunnyside Conservatory is an extraordinary gathering space and botanic jewel, defined by a hundred-year old palm grove and the dramatic foliage of its surrounding gardens. Owned by the San Francisco Recreation and Park Department, the garden is open everyday dawn to dusk, for everyone’s enjoyment.

English inventor and stargazer William Augustus Merralls originally built the Conservatory in 1898 on his estate, which was then a remote part of the City. Over its hundred-year life, the Conservatory passed from private to public hands, and despite its city landmark status (and efforts of an earlier generation of activists), ended up in need of stewardship and bereft of its windows, east wing, and accompanying observatory.

The Friends of Sunnyside Conservatory formed in 1999 with a few neighborhood residents, each discovering the Conservatory and having that Alice-in-Wonderland feeling of entering another world. Arnold Levine officially organized the group with a notice in the Sunnyside Neighborhood Association newsletter, and he and Stacy Garfinkel served as Friends’ Co-Chairs until 2013. 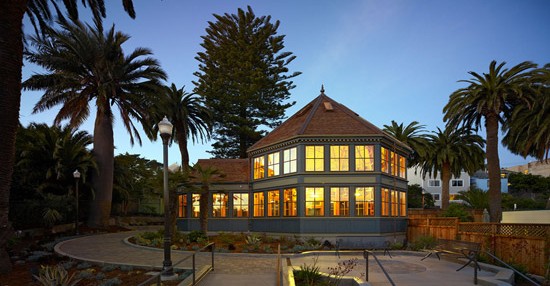 To learn more about Friends of Sunnyside Conservatory and how you can donate, visit or get further involved, be sure to check out the group’s website.

This group of neighbors keeps an eye on a beautiful, 100 year-old Victorian conservatory and its gardens – both of which have become neighborhood landmarks and a beloved local destination.