The Friends of the Golden Gate Park Band was formed in 2006 by a group of enthusiastic fans of live concert band music. The Friends come from a wide array of backgrounds and reside throughout Northern California. Some are active professional and amateur musicians, whiles others are simply enthusiastic fans of music but do not play an instrument. 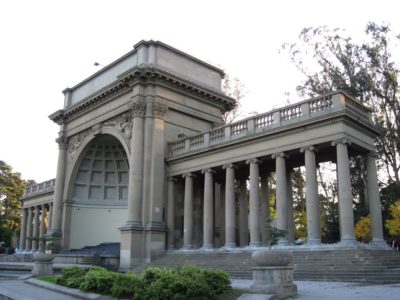 Check out the group’s website or send them an email to learn more about how you can get further involved!

The Friends of the Golden Gate Park Band host an annual two-day festival in June at the Spreckels Temple of Music in Golden Gate Park, where they bring in bands from across the Bay Area. The event has a unique and special small town feel, and we admire how the Friends host the event out of pure love for music!

Send a check payable to the SF Parks Alliance with “Friends of Golden Gate Park Band” noted in the memo section to the following address, or click on the donate button below: