The Miraloma Arts Council sought partnership with SF Parks Alliance for their work on the Miraloma Southern Gateway Tile Project.

The Miraloma Park Southern Gateway Tile Project opened to the public on July 21st of 2020. This project was the culmination of over two years of community outreach, fundraising, and an intensive three-week installation; but was mostly due to the thousands of hours put in by two San Francisco artists who handcrafted the tiles.

Originating from the minds of mosaic artists Aileen Barr and Colette Crutcher, famed for the 16th Avenue Tiled Steps, the once dilapidated stairs are now a public art piece meant to educate and intrigue. The Dragon’s Tale begins at the tip of the dragon’s tail and moves up into claws and body, circling to the mouth, breathing out fire and smoke, and then reaching all the way up to the stars and planets. The winding design is filled with whimsical words of childlike movement: gallop, throw, juggle, tumble; quotes and math problems, and some secrets too. Since these stairs lead to Miraloma Elementary, an SFUSD public school, it made sense to have the stairs not only be beautiful, but to also have each step filled with learning and wonder. 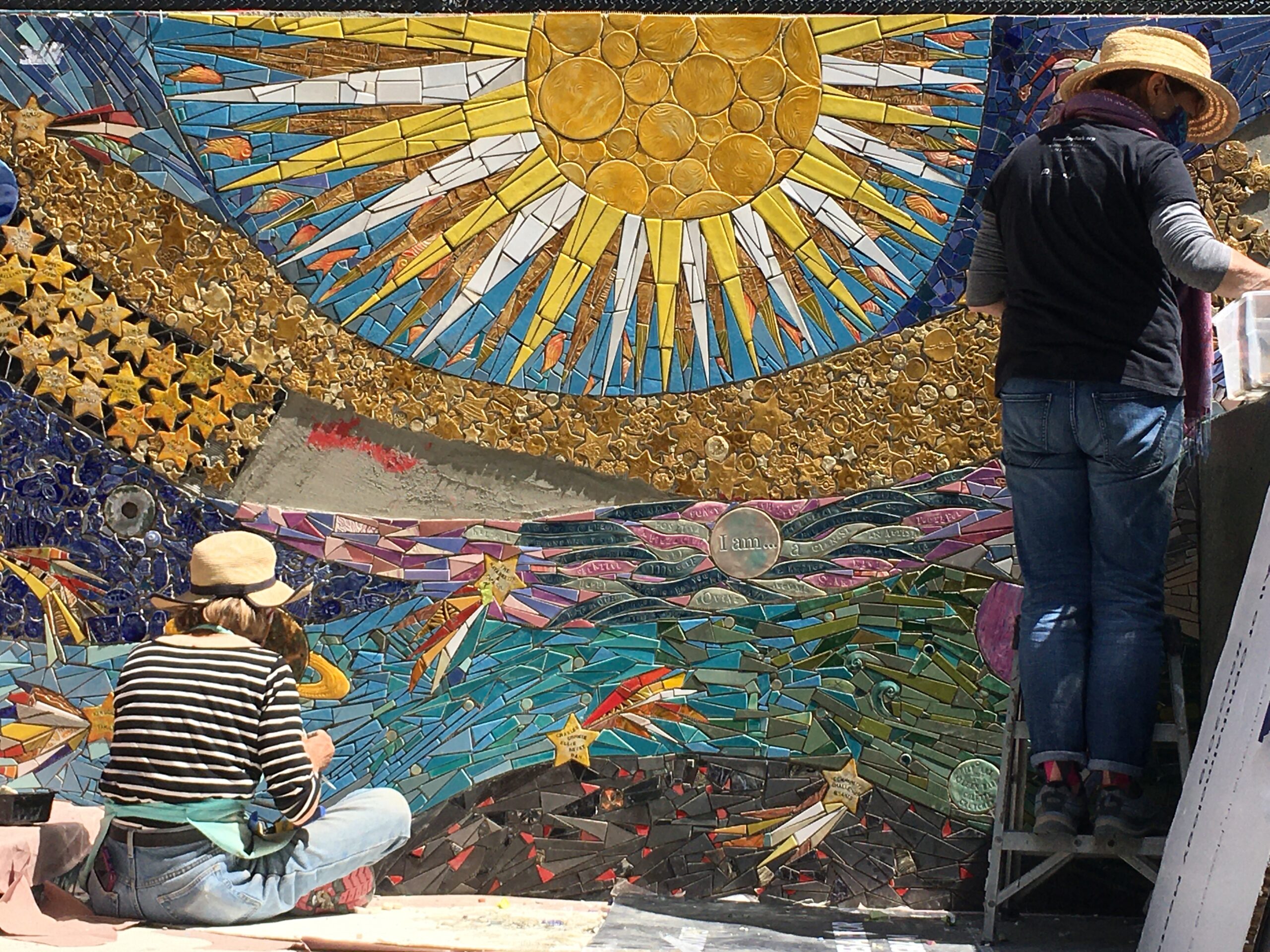 To learn more about this project and how you can get involved, reach out to Project Manager, Ryan Silvers at the Miraloma Park Improvement Club.

This passionate group of neighbors came together over a tiled stairway project that is sure to become the pride of their neighborhood!

Send a check payable to the SF Parks Alliance – with “Miraloma Arts Council” noted in the memo section – to the following address, or donate directly through the button below: