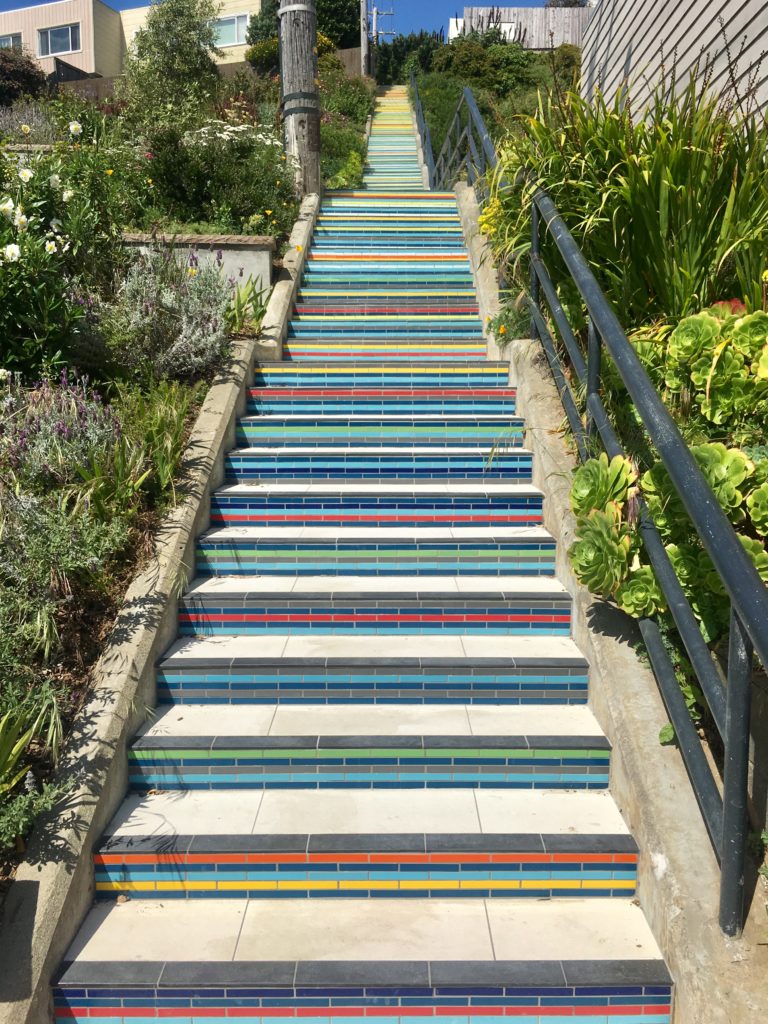 In the late summer of 2008 a group of neighbors living near the intersection of Athens and Avalon Streets began to talk about turning the hillside at that intersection into a garden. The area had long been a place where people threw their garbage, old furniture, bags of junk, bottles cans,etc. The steps running up the hillside were a graffiti spot and old cans of house paint had been spilled and left to dry on the steps. The vegetation on the hillside consisted of overgrown scotch broom, invasive weed species, and non-native grasses. Overall, it was a constant mess, an eyesore.

here is an address

One neighbor investigated the ownership of the hillside and discovered that it belonged to the city of SF. It is, in fact, the unimproved block of Athens st. between Avalon and Valmar Terrace. Ahsha Safai, a neighbor on Athens, when asked about the possibility of turning the hillside into a neighborhood garden/park, connected us with Sandra Zuniga and Mohammed Nuru at DPW and Julia Brashares at SF Parks Alliance and the project was born. They took on the project as part of their Street Parks program. Another helpful gentleman, Peter Vaernet, of Brooks Park, encouraged our group to contact Seth Wachtel at USF to have it introduced as a city planning project in his course at USF. This brought an energetic group of young planning and architecture students to the site. They did the first set of drawings for the hillside in the fall of 2008. After being elected District 11 Supervisor in 2008, John Avalos committed $10,000 in PUC funds to help the project get rolling.

What SFPA Loves About Friends of Alemany Farms

“Alemany Farm represents the best of San Francisco – an all-volunteer group that grows and gives away all of its fresh produce while building strong community ties.”